Buy 1 Window, Get 1 Window at 40% off! Plus Special Financing!
Schedule a Free Consultation
x
A note to our homeowners about the coronavirus. Your health and safety is our first priority. Virtual Consultations Available 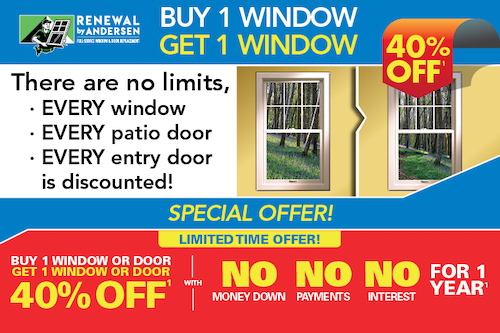 If you have drafty windows that are making your home cold in the winter, they need to be fixed or replaced as soon as possible.  Drafty windows make your energy bills higher than they should be during the winter, and you shouldn’t just keep paying the higher bills when this is something that can be fixed.

However, we know that sometimes repairs can’t be made, or it is just not the right time to be able to replace your windows.  So until you are able to finally replace your drafty windows with a more permanent solution, you can use different window treatments to stop the draft for now.

For shades to work like they should and be able to block drafts, they need to be the exact size of your window space.  Shades that are too narrow allow air to escape out of the sides and shades that are too big end up having to be mounted outside of the window space and also let the cold air sneak past them.

To be able to block as much of the draft as possible, shades need to be mounted on the interior of the window and as close to the glass as possible. They also need to be kept pulled down during cold periods of the winter to work.

Some curtains block drafty windows better than others.  Lighter, flimsy curtains don’t do anywhere near as good of a job as the heavier fabrics in blocking the cold air.  Just like with any other material, the tighter the fibers are together and the heavier the fabric, the better barrier it makes.

For an even better barrier, hang the curtain as close to the wall as possible and against the ceiling.  This prevents cold air from getting through the edges of the curtain.

Insulating panels are big foam boards that you install in a drafty window to stop the cold air immediately.  It is a temporary fix and is something that you would keep in all winter, so you may not want to use them on all of your windows as you won’t be able to see out until you remove them when it gets warmer.

We all know how decorative shutters look on the outside of a house, but they can also work inside the home.  Shutters really are no different than having blinds on the windows, except they just open a different way.

Shutters work well to keep drafts out because they are made of wood and close directly in the drafty window; keeping the cold air from getting into the interior of your home.